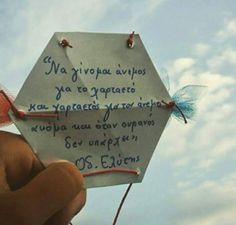 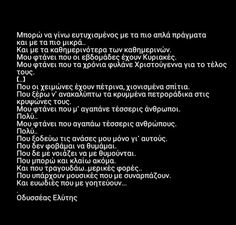 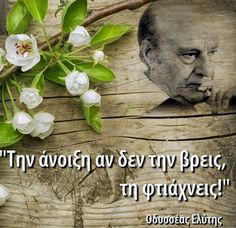 Hellas Inhabitants Of The Shiny Stone

If you cannot find spring, make it! - Odysseas Elytis. 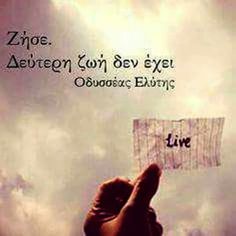 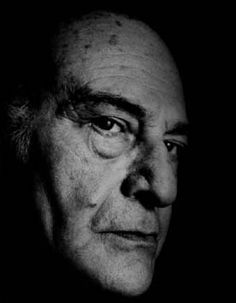 Odysseus Elytis,Nobel Prize in Literature 1979.Translations of his poetry have been published as autonomous books, in anthologies or in periodicals in eleven languages..Unlike others,he didn't turn back to Ancient Greece or Byzantium but devoted himself to today's Hellenism,of which he attempted to build up the mythology institutions.His main endeavour was to rid his people's conscience from remorses unjustifiable to complement natural elements through ethical powers. 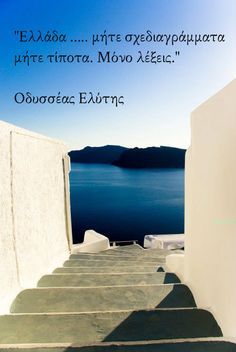 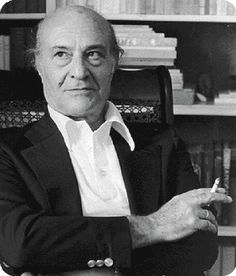 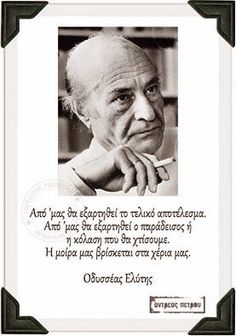 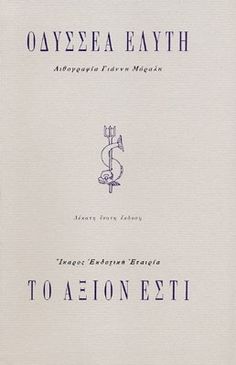 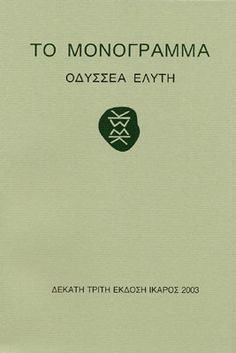 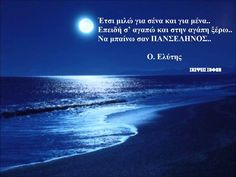 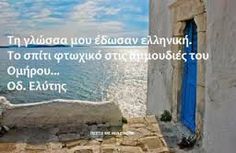 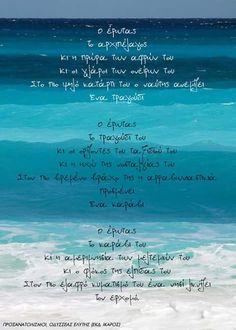 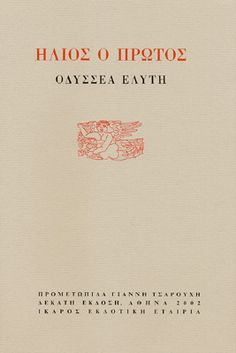 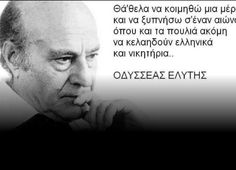