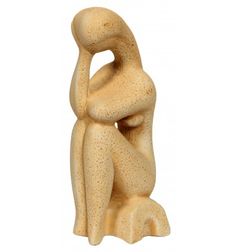 Cycladic figurines made by plaster moldano 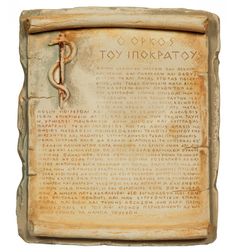 The Hippocratic Oath is an oath historically taken by physicians. It is one of the most widely known of Greek medical texts. In its original form, it requires a new physician to swear, by a number of healing gods, to uphold specific ethical standards. Of historic and traditional value, the oath is considered a rite of passage for practitioners of medicine in many countries, although nowadays various modernized versions are often used. Source: http://en.wikipedia.org/wiki/Hippocratic_Oath 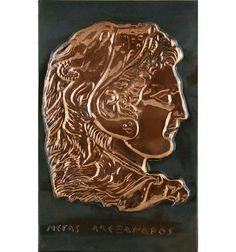 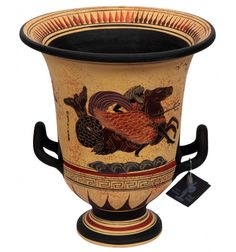 This pot is a classic museum`s copy. Handmade according to the traditional way and it`s manufactured entirely in Greece. The crater was the vessel, which mixes water and wine and the word derived from (ancient greek)kerannymi, meaning to mix. Crater usually had round body, wide mouth, heavy base and handles bilaterally. On the first side is Poseidon and on the second is Artemis and Semele. more info: http://www.agalma.gr/index.php?id_product=19&controller=product 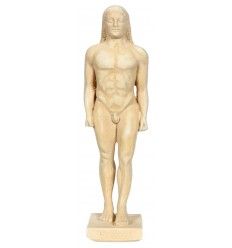 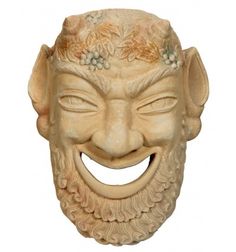 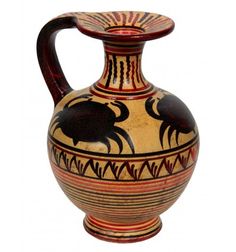 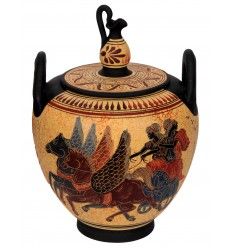 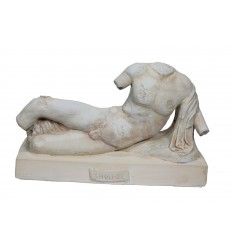 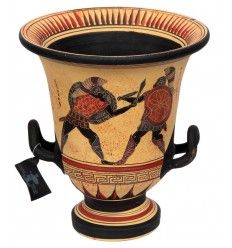 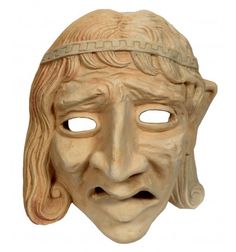 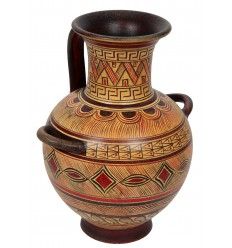 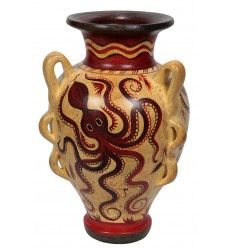