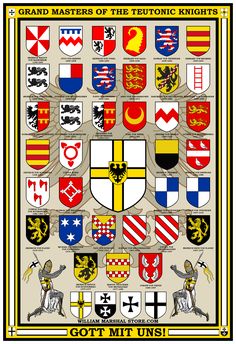 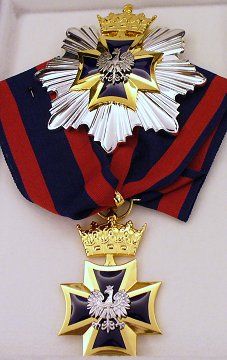 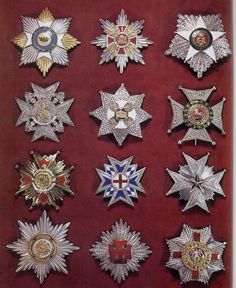 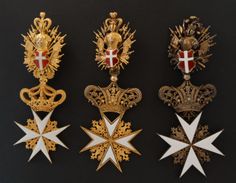 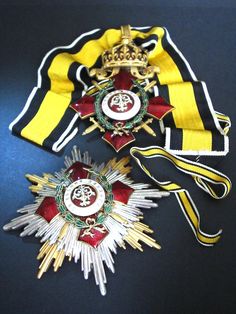 Bulgarian Royal order for Military Merit – Grand Cross / 1st Class neck badge and breast star set with war decoration green wreath awarded only for extreme courage during combat. The Cross has its original neck ribbon, but was also intended for to be attached to a sash. This is the earliest King Ferdinand I issue of the Military Merit order Grand Cross. Most likely awarded during the Balkan wars with Turkey, Serbia / Yugoslavia, Greece and Romania 1912-1913 or right at the start of WWI in… 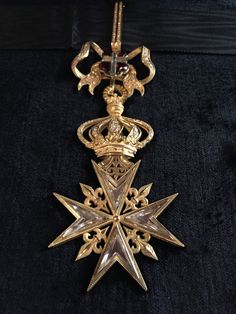 Contemporary rendering of a Cross of a Knight of Magistral Grace. #OrderofMalta #SMOM 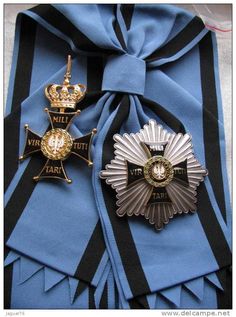 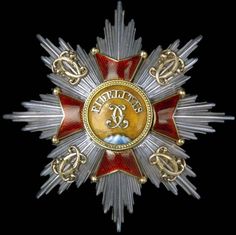 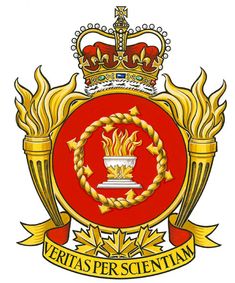 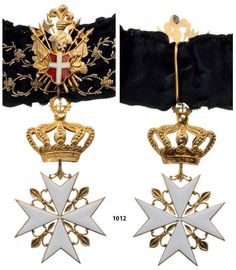 Grand Cross of the Order of Malta, SMOM 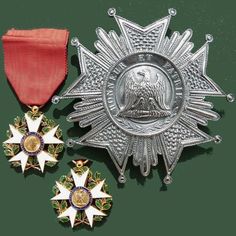 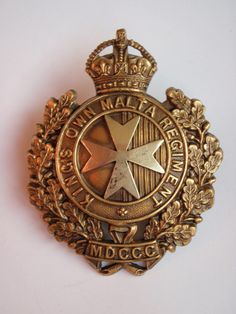 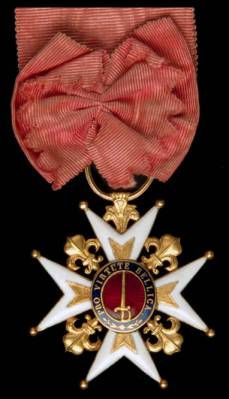 Order of Military Merit, Knight's breast badge, Second Restoration period, circa 1815-1830, was an order of the French Ancien Régime created on 10 March 1759 by King Louis XV. It was created to reward the non-Catholic officers of the French Army. On 28 November 1814, during the restoration Louis XVIII reaffirmed the Order of Military Merit, increasing the number of Grand Crosses to four and Grand Cordons to eight. The Order was abolished in 1830. 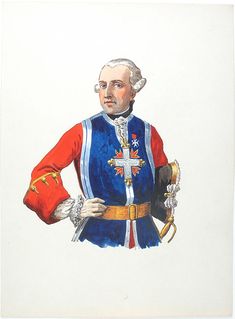