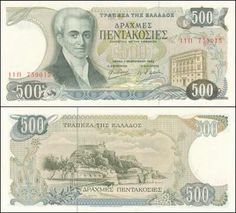 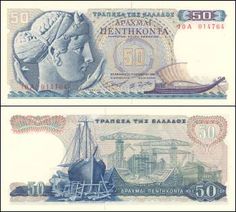 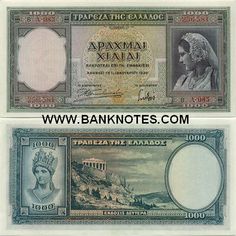 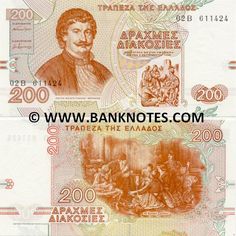 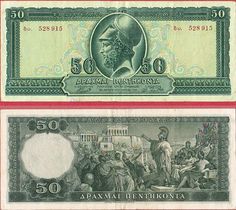 Greece 1955 - 50 drachmes, / portrait Pericles (/ˈpɛrɪkliːz/; Greek: Περικλῆς Periklēs, pronounced [pe.ri.klɛ̂ːs] in Classical Attic; c. 495 – 429 BC) was a prominent and influential Greek statesman, orator and general of Athens during the Golden Age — specifically the time between the Persian and Peloponnesian wars. He was descended, through his mother, from the powerful and historically influential Alcmaeonid family. 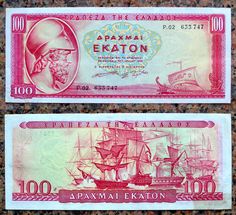 I bought a Greek banknote of 1955, in 100 drams. For a long time she liked me with the beauty of the portrait and the ships. It depicts an important figure of ancient Greece - Themistocles. He is considered the ancestor of the navy. With him, the Greeks beat the Persians. (by the way, and the battle of the Spartans at Thermopylae - with him, though it's another front) 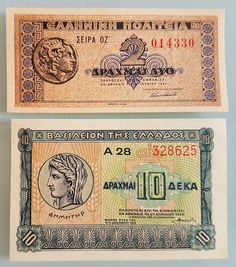 Auction House specialized in stamps, coins, banknotes, rare maps and books of Greece and many other foreign countries. 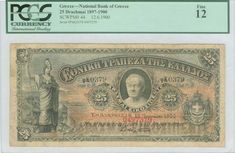 Auction House specialized in stamps, coins, banknotes, rare maps and books of Greece and many other foreign countries.

The Old Currency Exchange is a specialist dealer and valuer of Irish & GB coins, tokens and banknotes