Adoration of the Magi. 2007 Hey, cool socks! They actually remind me of some samples early coptic knitting! 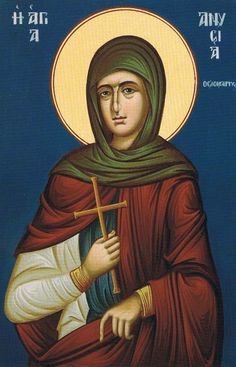 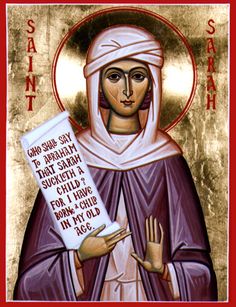 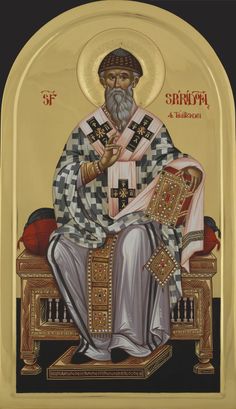 Should Christians read the Book of Esther? – Orthodoxy and Heterodoxy

The following guest piece by Joel J. Miller originally ran under the title “You’re reading the wrong Book of Esther.” It is republished here with permission. The Book of Esther occupies a controversial place in the Bible. John Calvin did not include the book in his biblical commentaries and only referenced it once in the Institutes (see 4.12.17). Though he included it… 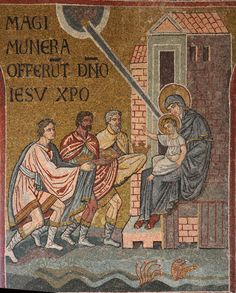 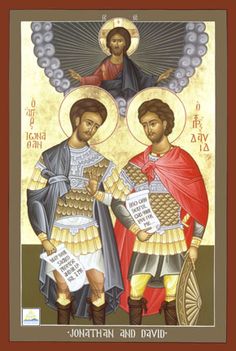 Jonathan and David by Robert Lentz

Jonathan and David By Brother Robert Lentz, OFM. © 1985 Courtesy of www.trinitystores.com (800.699.4482) Intense love between men is celebrated in the Bible with the story of David and Jonathan. They lived about 3,000 years ago, but they still inspire GLBT people of faith. More info: Jesus In Love Blog 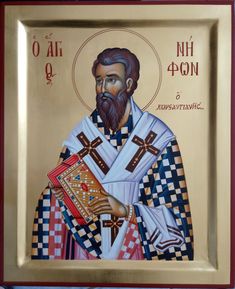 When attacking Arabs stole almost all his animals, the formerly wealthy Philaretos the Merciful (8th cent AD) shared all with the poor. At that time Byzantine empress Irene sought a bride for her son. Philaretos’ neighbors helped him host a feast. As his granddaughter was chosen, he received great wealth which he shared with the poor. At 90, he went to Constantinople Rodolpheia monastery, gave all he had and died. Many miracles have happened at his grave, among which healing the possessed.

Last year we posted an article about young Romanian iconographers creating traditional icons looking partially to modern art for elements to include in their work. With the spiritual renewal of R… 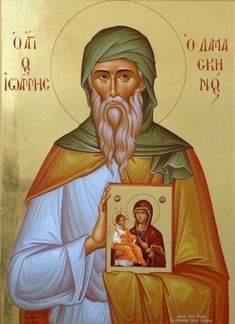 Church of Serbia – 18/12/17 Saint John of Damascus was born about the year 680 at Damascus, Syria into a Christian family. His father, Sergius Mansur, was a treasurer at the court of the Cali… 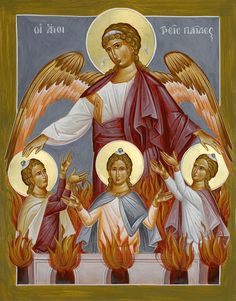 Three Youths in the Furnace by Julia Bridget Hayes

Three Youths in the Furnace Painting by Julia Bridget Hayes