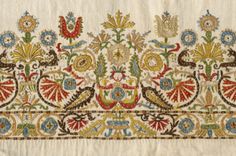 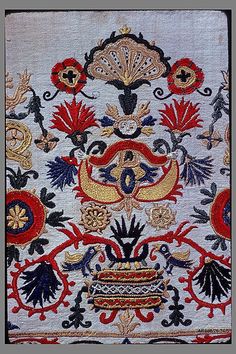 Part of a dress border | Greek Islands, Crete | The Met 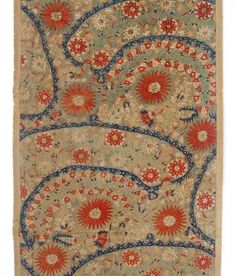 Embroidered linen fragment worked in silk in shades of blue, russet, green and ivory in herringbone stitch with crescent shaped leafy fronds containing round russet and ivory round flowers with more flowers filling up the rest of the field. The Epirus region, which is on mainland Greece, stayed the longest under Ottoman rule and as such reflects a strong Ottoman influence in its style. The herringbone stitch though is unique to the Epirus region. 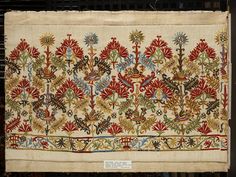 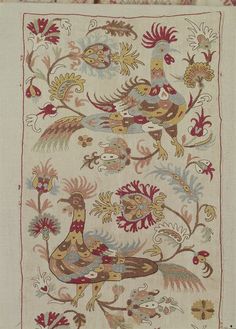 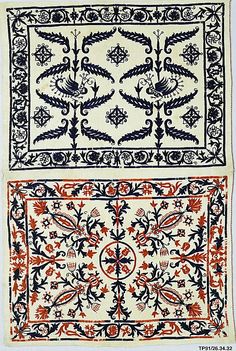 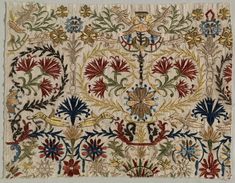 Fragment of a Bed Curtain 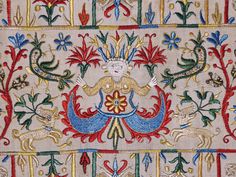 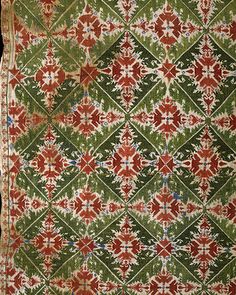 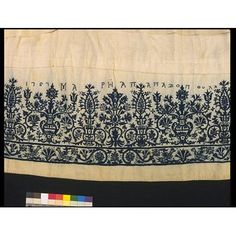 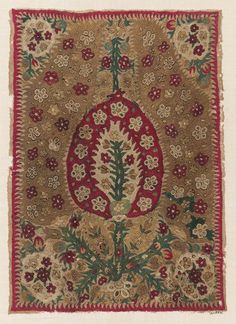 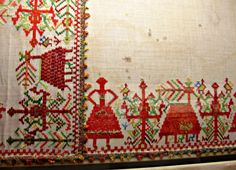 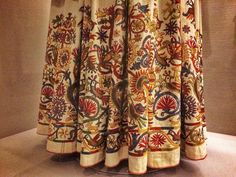