Coronavirus lockdowns have sent pollution plummeting. Environmentalists worry about what comes next.

Environmentalists worry that the decline in carbon emissions that have resulted from coronavirus lockdowns could easily be reversed by efforts to quickly ramp up economies. 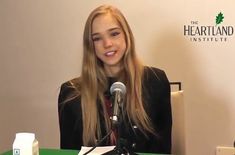 Naomi Seibt Credentials Naomi Seibt graduated St. Mauritz grammar school. [1] Background Naomi Seibt is a 19-year-old German YouTube "influencer" who has been described by climate science deniers as the "anti-Greta," in reference to Swedish environmental activist Greta Thunberg. Thunberg was named Time Magazine's Person of the Year and has become the face for youth climate

Under the agreement hammered out in 2015, the first day that countries can reverse the promises they made is Nov. 4, 2019. It will be another year before the American withdrawal is official. 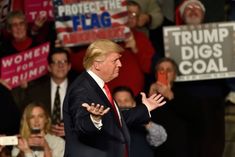 The Trump administration says its Affordable Clean Energy rule will carry coal into a “cleaner future.” Opponents call it a “craven capitulation” to polluters.

The most effective ways to curb climate change might surprise you

We need unprecedented action to stop climate change. Take CNN's quiz to see how much you know about the most effective solutions.

Scientific American is the essential guide to the most awe-inspiring advances in science and technology, explaining how they change our understanding of the world and shape our lives. 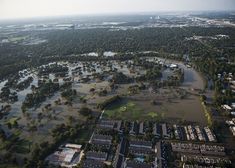 An investigative story by the LA Times reports the space agency offered to deploy a sophisticated airplane to monitor pollution levels over the area the hurricane impacted. The TCEQ says the data it would have collected wouldn't have been useful because it wouldn't have been gathered at ground level.

This Scary Map Shows How Climate Change Will Transform Your City

Click on your city, and the map will pinpoint a modern analog city that matches what your climate may be in 2080. The results are startling. 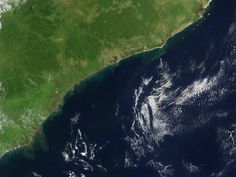 Weeks of heavy rainfall capped by a particularly strong tropical disturbance caused the Licungo and other rivers in Mozambique's Zambezia province to flood. By January 20, the Licungo was higher than it had been since 1971. As of January 22, news media reported that floodwater had killed 86 Mozambicans, destroyed 11,000 homes and displaced tens of thousands of people.

An environmental activist says the best thing humans can do for the environment would be to eliminate humans. 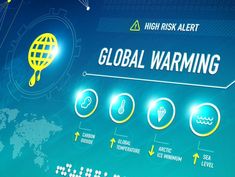 The Amazing Ways We Can Use AI To Tackle Climate Change

Artificial intelligence and machine learning are getting deployed to help solve or slow down climate change. Machines are helping climate scientists process torrents of data quickly to identify insights as well as help predict severe weather events and what solutions might have more success. 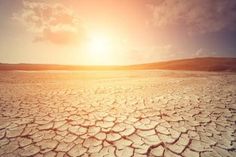 When Will Earth Get Too Hot For Humans?

Is a mass extinction of humans probable? Greenhouse gases and carbon emissions threaten a doomsday scenario, but some scientists are skeptical.

If food loss were a country, it would be the world's third-largest emitter. Chew on these facts.

Could this geoengineering venture help save the ice caps? | Greenbiz

What started as a research project could slow melting in strategic locations. 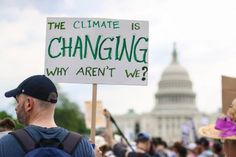 What To Say To Climate Change Deniers | Global Warming Debate

When talking to someone about climate change or debating global warming, remember to focus on these specific areas to avoid confrontation & negative results.

A top Indian politician did not mince words when describing the air pollution in the capital New Delhi, likening conditions in the city to a ‘gas chamber.’ As Chief Minister Arvind Kejriwal spoke, authorities continued to grapple with the emergency.