Parable of the Sower

Imprisoned for the faith, brothers Eutropios and Kleonikos and friend Basiliskos, nephew of GreatMartyr Theodore of Tyre, converted all inmates. While they were fiercely beaten, the Lord and Theodore appeared; onlookers believed. Forced to worship gods, they prayed and an earthquake destroyed the temple. Tied to stakes, boiling tar was poured over them but scorched the torturers instead. E and K were crucified; B was beheaded. 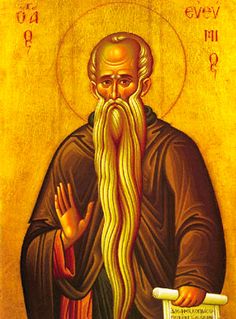 Saint Euthymius the Great (4th cent Armenia) studied under the Bishop of Melitene and became steward of monasteries in the area. Wishing to be a monk, he fled to Palestine, where he converted a large tribe of Arabs by healing their ruler's son. The saint fought Nestorian, Eutychian, Manichaean, Monophysite and other heresies, restoring the Orthodox faith of Holy Empress Eudocia. Also, he was the mentor of Saint Sabbas the Sanctified. He died at 96 and is celebrated Jan 20.

Illiterate Romanos (17th cent Greece) only knew he was Christian. Following people to Jerusalem, he heard about martyrs and wanted to become one, so he testified before a Muslim judge. Strips of skin were torn from his back and face, and he was given to an admiral as rower. Released, he received martyrdom blessing and defied Muslims. He was starved in a wooden box for 40 days then beheaded. His body shone with Heavenly light for 3 days. Englishmen bought it and took it to England. Feast Jan… 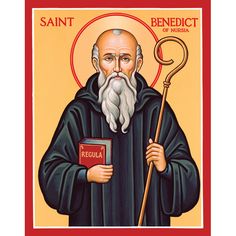 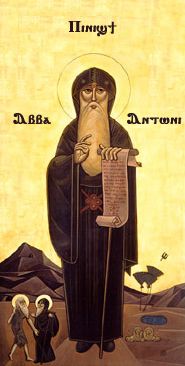