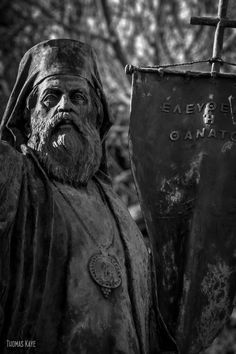 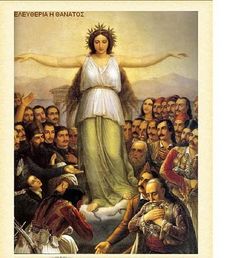 Eleftheria i thanatos "freedom or death" is the motto of Greece.It arose during the Greek War of Independence in the 1820s, where it was a war cry for the Greeks who rebelled against Ottoman rule.It was adopted after the Greek War of Independence. It is still in use today, and is a popular theory regarding the use of 9 stripes (for the 9 syllables of the motto) in the Greek flag.The motto symbolized and still symbolizes the resolve of the people of Greece against tyranny and oppression 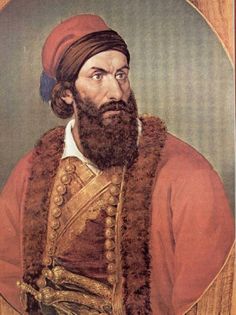 Papaflessas (Fair Gregory) fought bravely during the 1821 revolution. He commanded Greek forces at the battle of Maniaki where he was kiled. The Turkish troops feared him so much that they beheaded his body at the end of the battle to make sure that he was dead 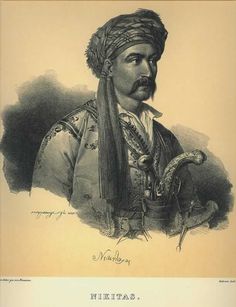 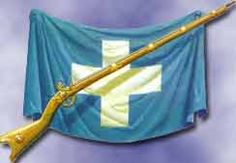 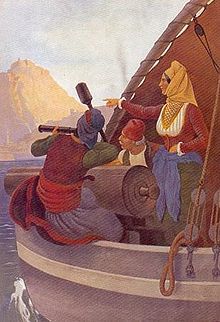 Laskarina Bouboulina (Greek: Λασκαρίνα Μπουμπουλίνα, pronounced [laskaˈrina bubuˈlina]), 11 May 1771 – 22 May 1825) was a Greek naval commander, heroine of the Greek War of Independence in 1821, and an Admiral of the Imperial Russian Navy. She bought arms and ammunition at her own expense and brought them secretly to Spetses in her ships, to fight "for the sake of my nation." 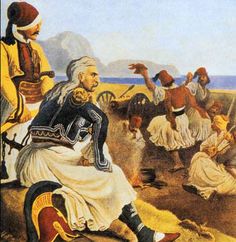 Greek General Theodoros Kolokotronis supervising during the battle of Dervenakia 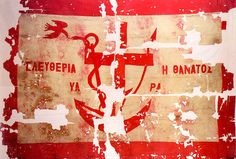 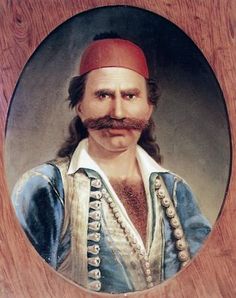 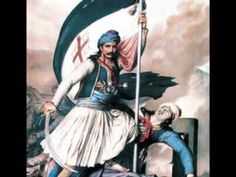 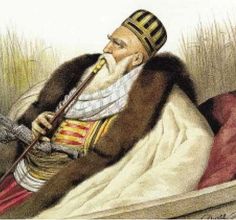 The execution of Archbishop Kyprianos of Cyprus 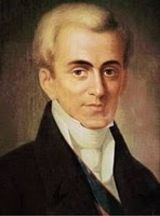 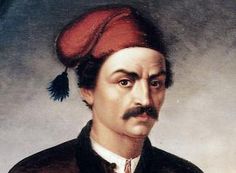 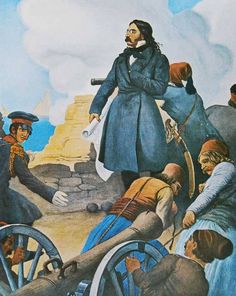