Russian icon:(St.George slaying the dragon.) Traditionally,he was a soldier in the Roman army and later died as a Christian martyr. The emperor Diocletian offered George riches and lands if he would sacrifice to the Roman gods;the Saint never abdicated his position or loyalty to Christ. He was beheaded on April 23,303. 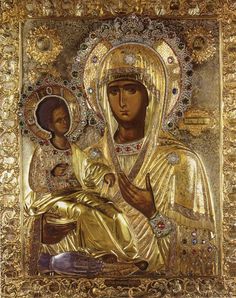 Bogorodica Trojeručica "Three-handed Theotokos" or simply Trojeručica is a famous wonderworking icon in the Serb Orthodox monastery of Hilandar on Mount Athos, Greece. It depicts Theotokos (Virgin Mary) with young Jesus in the hodegetria position, and is covered with a riza. It is the most important icon of the Serbian Orthodox Church. On the back of the icon is the painting of St Nicholas. 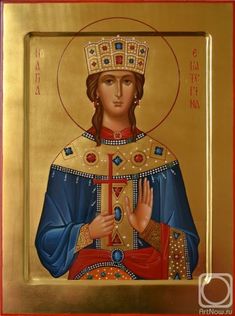 Icon of Sophia with Faith, Hope, and Love 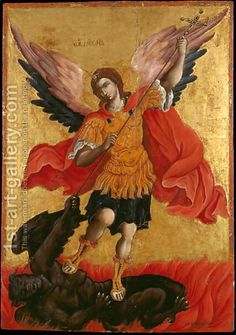 Icon of the Archangel Michael 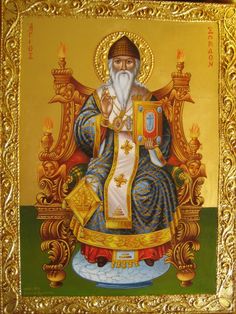 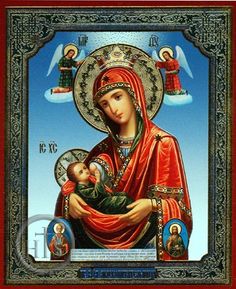