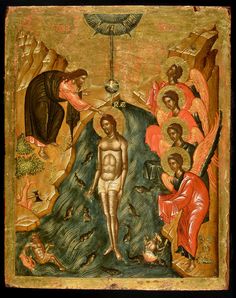 Morsink Icon Gallery is a leading international specialist in Russian icons and Greek icons from fifteenth to nineteenth century. Click to see our collection. 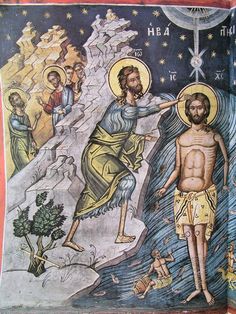 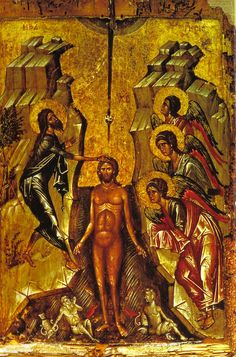 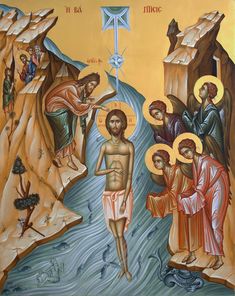 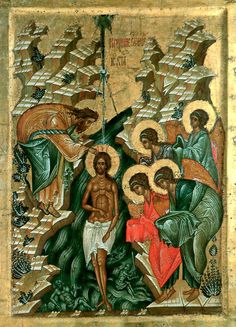 The Baptism of the Lord: Icons and Frescoes

Icons of the Theophany had already appeared in the first centuries of Christianity and recorded for us not only the Savior’s Baptism at the hands of St. John the Forerunner, but most importantly His manifestation to the world as the incarnate Son of God and a Person of the Holy Trinity, about which the Father and the Holy Spirit bear witness, the latter by descending upon Christ in the form of a dove. 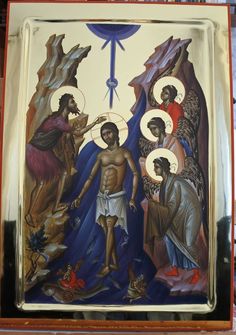